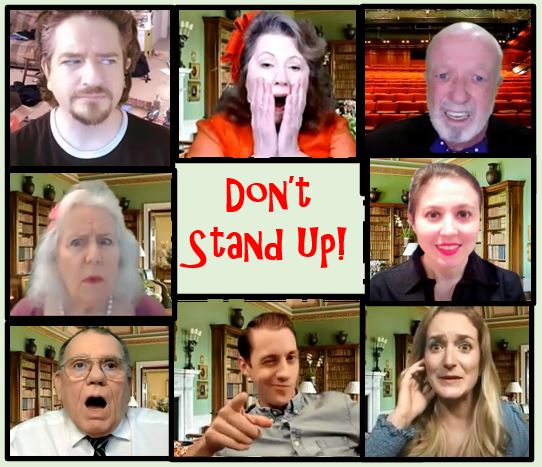 "Don't Stand Up! A Zoom Comedy," written and directed by Amy Losi, won The Spirit of the 2020 Hartford Fringe Festival, Excellence in Directing, and Best Ensemble. Audiences raved: "laugh-out- loud funny," "very clever," "so much fun," "great performances," and "like Noises Off Zoom style." An amateur theatre group and director (with a short fuse and tall drinking problem) have three days to rehearse and perform a new play over Zoom. What could possibly go wrong?

This is an ON-DEMAND performance. You will be able to view the content any time between September 14th and October 9th

This is an on-demand show that can be viewed here.

The Little Merman from The Black Lagoon

The 1950s monster movie meets the classic cartoon fairy tale! A group of scientists traveling the Amazon in search of the legendary "gill-man" come face to face with Ethyl the Merman, Ursula, King Triton, and their friends from "under the sea."